This beautiful aircraft is the world’s first supersonic trainer (maximum speed 1.3 Mach and a service ceiling of 50,000 feet), manufactured by Northrop.  Described as a quite nimble aircraft, it has tandem seating for two.

Another operator of the T-38 is NASA.  The aircraft are used by the astronauts for necessary travel and as chase planes.  NASA has maintained a fleet of 32, housed primarily at Ellington Field in Houston, Texas.  NASA records indicate an intention to reduce the number of aircraft to 16 by 2015.  The aircraft we are receiving, Tail Number 901, is one of those declared surplus by NASA.

The T-38 is on display in only 11 locations across the country, so Aviation Heritage Park will be the 12th site for public display of the T-38.  This T-38 will be on display in honor of local astronaut Terry Wilcutt. Read about him here. In addition to the aircraft, we have available three Directors with flight experience in the T-38.  Cherry, Franklin and Roark have all flown T-38s during their military service.  Cherry flew T-38s with the USAF Thunderbirds.

T-38 #901 – AN AIRCRAFT OF DISTINCTION
There have been two T-38s to carry the NASA identification of tail number 901.  The first, S/N 63-8181, was lost in a crash on February 28, 1966, while landing in a fog at Lambert Field in St. Louis, MO.  The next to carry that tail designation is the aircraft we will be receiving, S/N 66-8381.  This plane was never flown by any of our military services – it went directly from the manufacturer to NASA.

The history of this aircraft is the history of the American manned space flight program.  In April of 1959, NASA announced the selection of seven men to compose the first class of American Astronauts.  Our first astronauts were Navy Lieutenant M. Scott Carpenter, Air Force Captains L. Gordon Cooper, Virgil I. “Gus” Grissom and Donald K. “Deke” Slayton, Marine Lieutenant Colonel John H. Glenn, Jr., and Lieutenant Commanders Walter M. Schirra, Jr. and Alan B. Shepard, Jr.   Every one of these men flew #901.

These were the astronauts who flew the 6 Mercury missions through 1963.  The Gemini program consisted of 10 Earth Orbiter missions from 1965 through 1966, involving 16 different astronauts and all of them have flown #901.

The Apollo Program involved 9 lunar orbiting and landing missions and 6 of those missions resulted in a landing on the moon.  The Prime Crew members on each of the 9 missions were a Commander, a Command Module Pilot and a Lunar Module Pilot.  There were 24 different astronauts composing the Prime Crews for the 9 missions and all of them flew #901.  There were 12 persons who walked on the moon during the 6 lunar landings and all of them flew #901.

Astronauts Who Have Flown AHP T-38 Click the photo thumbnail (LEFT) or this link to open a NASA document listing astronauts. Look for those that are highlighted or checked. All those daring men flew the T-38 on display at Aviation Heritage Park.

Initially the Hall of Fame inducted astronauts according to the Programs in which they flew. The Hall opened in 1990 and the induction of the 44 astronauts from the Mercury, Gemini and Apollo Programs gave represetationto everyone who participated in America’s three pioneering space programs.

To be eligible astronauts must have made their first flight at least 17 years before the induction year and must have been retired from NASA’s Astronaut Office and flying status for at least 5 years. A candidate must be a U.S. citizen, NASA trained Commander, Pilot or Mission Specialist and must have orbited the earth at least once.

With the 2013 Indution Class, the total number of astronauts who have been honored by the Hall of Fame stood at 85 and, of that number, 82 had flown #901. In 2019 100 astronauts are honored. AHP does not have an accurate list of who on the list has trained in our Talon.

A recital of the defining events in NASA history is a recital of the flight history of #901. A selective chronology of those events is lengthy and we have that information in our files.

This artifact came from the National Aeronautics and Space Administration (NASA) and is owned by Aviation Heritage Park. 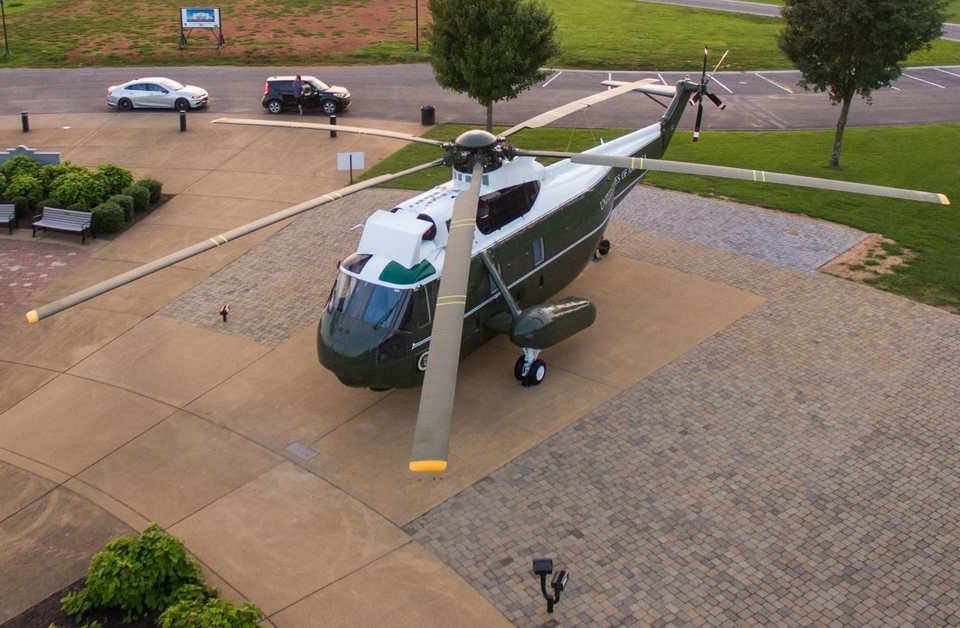