The April 14,1986 United States bombing of Libya, code-named Operation El Dorado Canyon, comprised air strikes by the United States against Libya on April 15. The attack was carried out by the U.S. Air Force, U.S. Navy and U.S. Marine Corps via air strikes, in retaliation for the West Berlin discotheque bombing ten days earlier.

USAF F111F Aardvarks, under the leadership of Col. Arnie Franklin, were from the 48th Tactical Fighter Wing. They took off from Royal Air Force Lakenheath on the orders of President Ronald Reagan.  Col. Franklin is a native of Bowling Green, KY and a board member of Aviation Heritage Park.

The final strike of the mission was conducted by five aardvarks that attacked the Tripoli military airport.

Read the complete story at Aviation Geek Club as written by Dario Leone. 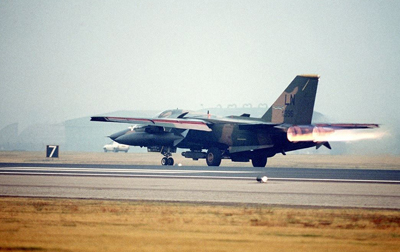